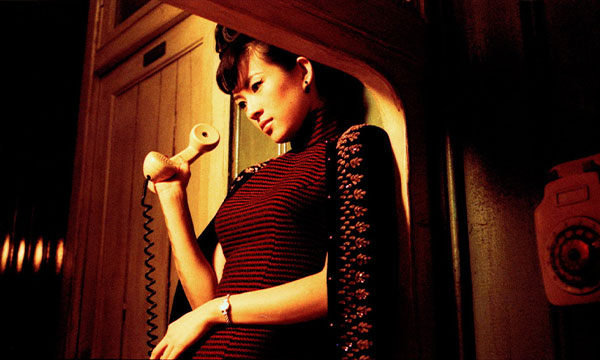 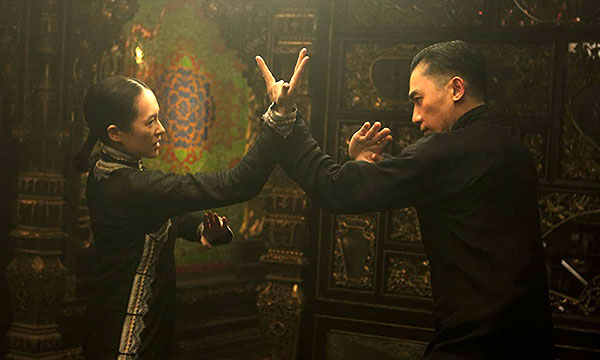 Who can resist getting lost in the lush cinematic world of Wong Kar Wai? Not us. Cornell Cinema returns to the films of WKW, following our spring series of WKW restorations, with two more WKW films: 2046 (2005) is a dazzling companion piece to the great In the Mood for Love, (2000) as well as WKW’s sophomore feature, Days of Being Wild (1990); while WKW’s most recent release, The Grandmaster (2013), is a historical kung fu actioner.

“2046 takes characters, themes, and even lines of dialogue from those two earlier films and stirs them into a new and mind-altering cocktail; it's not a sequel so much as the third side of a prism through which Wong can shine light on a vibrantly fallen world.

“Tony Leung once again plays Chow Mo-wan, the heart-stricken near-adulterous lover of Mood —except that he seems a completely different man. By 1966, six years after the events of the earlier movie, Chow has morphed into a brilliantined Hong Kong cad, a journalist who beds a succession of beautiful women and whose heart is never dented…”

The film alternates Chow’s carousing in 1960s Hong Kong with scenes set in Chow’s imagination: “…2046, the science-fiction future about which Chow writes short stories when he's not dallying with the ladies. A cyberpunk landscape of neon, automatons, bullet trains, and ruined piping, 2046 is as much a place and a mindset as it is a year—a location where the lovelorn can travel to recapture their lost memories.” (Ty Burr, Boston Globe)

The Grandmaster is based on the life and times of Ip Man, the legendary kung fu master who taught Bruce Lee, and begins in a turbulent 1936 in China. The extensive fight choreography is by Yuen Woo-ping (The Matrix; Crouching Tiger, Hidden Dragon).

“The Grandmaster, a hypnotically beautiful dream from the Hong Kong filmmaker Wong Kar-wai, opens with curls of smoke, eddies of water and men soaring and flying across the frame as effortlessly as silk ribbons. The men are warriors, street fighters with furious fists and winged feet, who have massed together on a dark, rainy night to take on Ip Man (Tony Leung), a still figure in a long coat and an elegant white hat. Even amid the violent whirlpools of rain and bodies, that hat never leaves his head. It’s as unyielding as its owner.… The Grandmaster is one of the truly galvanizing cinematic experiences of the year.” (Manohla Dargis, NY Times)

“With his lush and sensual visuals, pitch-perfect soundtracks, and soulful romanticism, Wong Kar Wai has established himself as one of the defining auteurs of contemporary cinema. Joined by key collaborators such as cinematographer Christopher Doyle, editor and production and costume designer William Chang, and actors Tony Leung and Maggie Cheung, Wong (or WKW, as he is often known) has enraptured audiences and critics worldwide and inspired countless other filmmakers with his movies’ poetic moods, narrative and stylistic daring, and potent themes of alienation and memory.” (Janus Films)