Guest visits were infrequent during the nascent years of the organization, but did include such well-known filmmakers as acclaimed documentarians Georges Rouquier, Frederick Wiseman and Marcel Ophüls; Ethiopian filmmaker Haile Gerima; Hollywood director Elia Kazan; and New German Cinema director Wim Wenders, all of whom visited in the late ’70s/early '80s, hosted by Cornell Cinema Director Bill Gilcher.

When Richard Herskowitz became Cornell Cinema Director in 1982, one of his goals was to expand the number of visiting media makers and related film discussions, which became a defining characteristic of Cornell Cinema, carried on for the past 25+ years by Mary Fessenden.

We’ve broken down this amazing array of film artists into four different groupings:

and tried to list each artist only once, even though many of them visited more than once. Full descriptions of each group and a list of the featured guests can be found by following the appropriate link under the “In this section” sidebar.

Descriptions of these three groupings and their respective lists of guests can be found by following the appropriate link under the “In this section” sidebar. 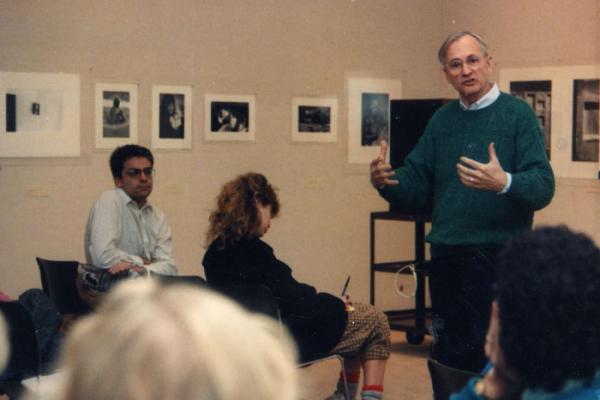 Cornell Cinema Director Richard Herskowitz (1982–1994) began the EXPANDING CINEMA series in academic year 1983-84, when he also held the position of “adjunct curator of film and video” at the Johnson Museum of Art. Thematic series of experimental media were shown for free on Sunday afternoons in the museum’s Lecture Room with many of the screenings accompanied by presentations by guest artists and curators. 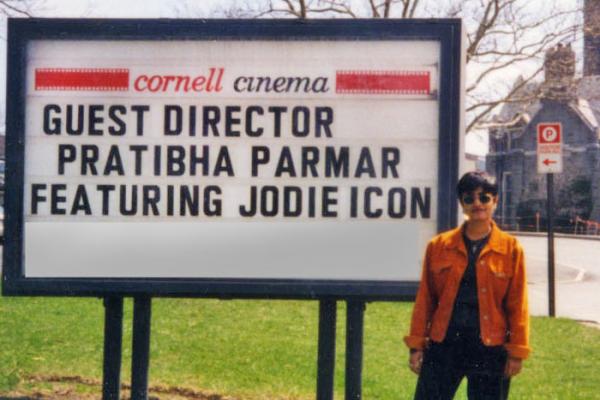 British filmmaker & feminist activist Pratibha Parmar toured as a guest of the Central New York Programmers’ Group, screening a program of her short films, including Jodie: An Icon, about Jodie Foster. April 15, 1997

The Central New York Programmers Group (CNYPG) was a consortium of programmers, teachers and media makers in New York State, funded by a grant from the Electronic Media & Film Program of the New York State Council on the Arts and administered by Cornell Cinema. 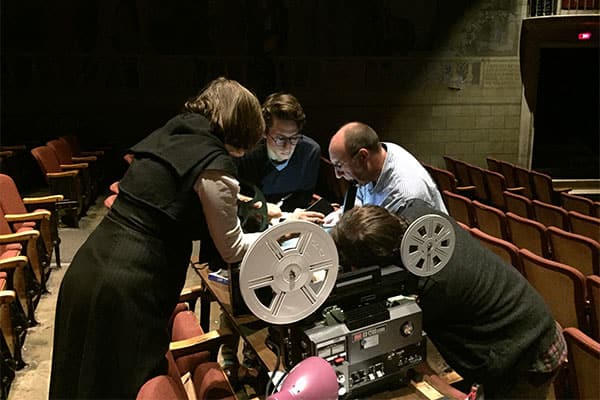 When Cornell Cinema became part of the College of Arts & Sciences in FY1994-95 as a program of the Department of Theatre, Film & Dance (now Performing & Media Arts), its showcase for more alternative film series shifted to the Schwartz Center for the Performing Arts, taking place on Tuesday evenings in the Film Forum under the title Cinema Off-Center. 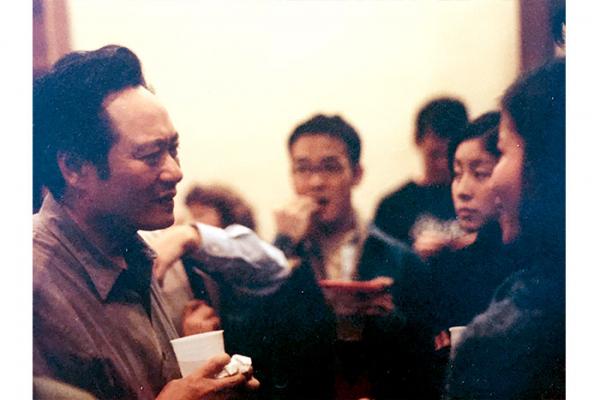 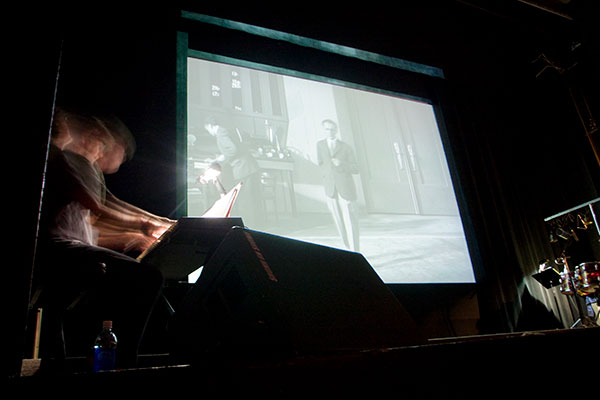 Live music events didn’t make their way into Cornell Cinema’s line-up until the late '70s/early ’80s. Early events included visits by the Eastman Chamber Orchestra and the Eastman Dryden Orchestra from Rochester, performing with the silent films Peter Pan (1924) and The Phantom of the Opera (1925), respectively.

Filmmaker Todd Haynes interviewed on the Willard Straight stage by renowned film critic J. Hoberman, following a screening of I'm Not There (March 2008).

Cornell Cinema’s history also includes an impressive list of visitors who were invited to campus to share their film scholarship, present their curatorial or archival work, introduce films or interview filmmakers they’d written about, and in some cases, lead workshops with aspiring film critics on campus.

Timothy “Speed” Levitch in advance of his multi-media performance 'Speed Levitch: Live from Inner Space,' October 23, 2003, as part of a film series including Richard Linklater's Waking Life, which features Levitch, and the documentary The Cruise, about him.