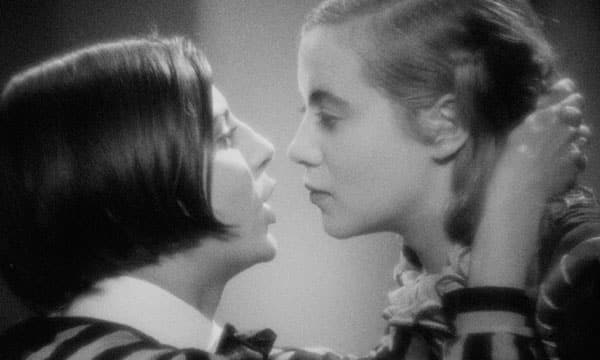 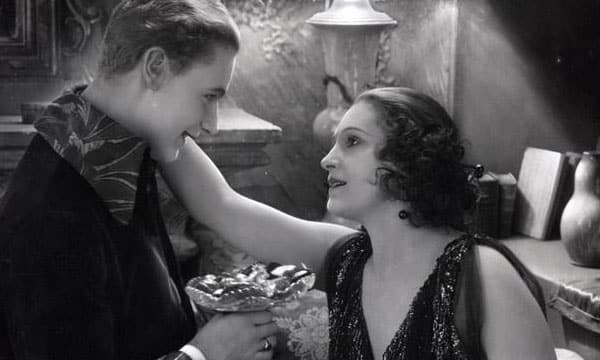 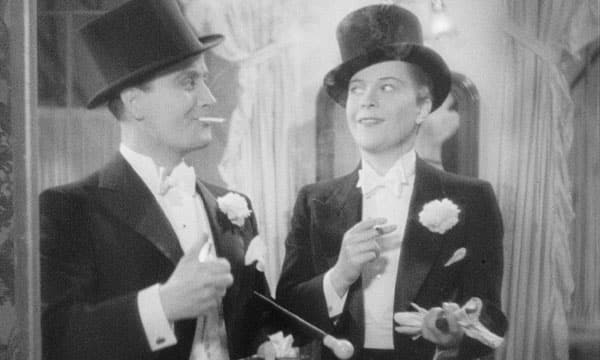 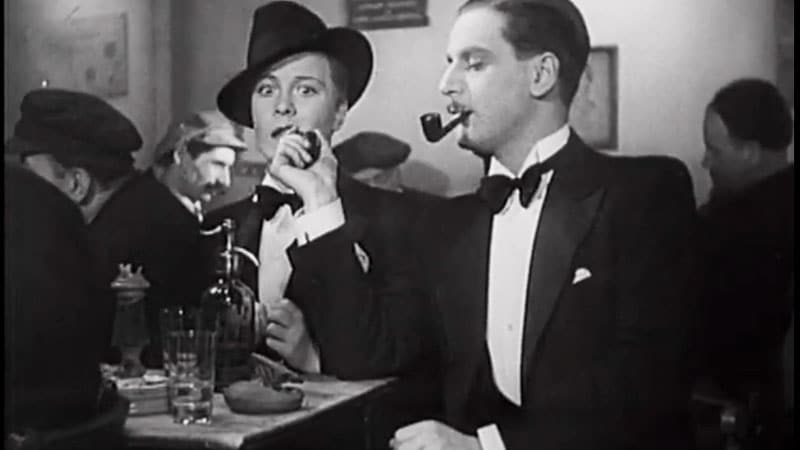 There was a gay mecca long before San Francisco and NYC. In the 1920s, Weimar Berlin was home to approximately 100 bars catering both to gay men and lesbians. Over two dozen periodicals were being published including the earliest gay male magazine, Der Eigene (1896-1932) and the first lesbian journal, Die Freundin (1924-1933).

A nascent ‘homosexual’ rights movement had its roots in activism against the Prussian anti-sodomy statute, Paragraph 175, beginning with Karl Heinrich Ulrichs in 1867. In 1869 the term homosexuality was coined in a German pamphlet by Karl Maria-Kertbenty. In 1897, the eminent sexologist Magnus Hirschfeld co-founded the Scientific-Humanitarian Committee to defend the rights of homosexuals and fight for the repeal of Paragraph 175.

Post-WWI, as the first German democracy, the Weimar Republic took root, Berlin exploded. The third most populous city in the world at the time, prostitution (driven in part by the tattered economy and decommissioned soldiers) flourished, as did access to drugs, and a roaring night life. So did politics, a fervent arts scene (expressionism, the ‘New Objectivity’, cabarets, explorations in theater by Brecht, Weill, and Erwin Piscator, Bauhaus) and ground-breaking cinema. Hirschfeld (a precursor to Alfred Kinsey) established his Institute for Sexual Research in 1919.

Berlin was the place to be for artists seeking the cutting edge, and for those discovering same sex desires. Christopher Isherwood (Goodbye to Berlin, source material of Cabaret), wrote that at the invite of fellow Brit W.H. Auden he came “for the boys.”

From the great silent era we have Dreyer’s Michael (Mikaël), adapted from Herman Bang’s 1902 novel of the same name. The novel had already been adapted to film by the acclaimed Swedish director Mauritz Stiller (most known for discovering Garbo), as Vingarne (The Wings). Film historian and critic Richard Dyer posits that Vingarne was the first explicitly gay film (only about a third of the footage remains).

Kino Lorber’s website states that this “homoerotic classic is a mature and visually elegant period romance decades ahead of its time.” Film historian Tom Milne wrote “Michael is perhaps Dreyer's first masterpiece, assured, reticent, and radiant with subtle inner connections.” The film is regarded as one of the first examples of Kammerspiele in film, an intimate, psychologically based form, often restricted to interior domestic spaces, inspired by the chamber plays of Ibsen, Strindberg, and theater producer and director Max Reinhardt.

Dreyer had the pick of the German producing company UFA, his first cinematographer was Karl Freund (Metropolis, Berlin: Symphony of a City, Dracula). When Freund left for another film, he employed Rudolph Maté, who would later lens The Passion of Joan of Arc (1928) for Dreyer. His co-writer was none other than Thea von Harbou (Metropolis, M).

In one sense the film is the common melodrama of a romantic triangle between the artist Claude Zoret, referred to as ‘the Master’, his muse and protégé, Michael, and the impoverished Countess Zamikow, who steals Michael away. It is very much in the vein of the romanticized view of classical pederasty, a male elder who guides and instructs a beloved male youth, a widely held position of the times, made explicit by Oscar Wilde among others.

“Time and again Michael abuses The Master’s trust in him, and The Master keeps forgiving him. Tortured by loneliness and Michael’s selfishness, The Master creates a final, magnificent painting before he dies, uttering the words, ‘Now I can die in peace, for I have seen a great love.’ …

“This sophisticated film unfolds in sumptuously decorated interiors filled with extravagant objets d’art. …  Michael is a chamber play, depicting a few people and their mutual relationships. All significant things remain unspoken. Dreyer has the camera tell the story in glances, facial expressions and objects.” (carldreyer.dk)

“There are moments when one historical period seems to beckon to another, offering the semblance of lessons to be learned or errors to be avoided. Certainly, that is true today for those of us reviewing the fate of progressive political organizations in the Weimar period preceding Adolph Hitler's coming to power in the inflation-torn and authority hungry Germany of 1933. In particular, the history of women's-rights groups and homosexual emancipation organizations is one that needs to be better known and analyzed,” Rich begins.

In a repressive boarding school, manufacturing “mothers for the fatherland,” pupil Manuela stages a rebellion that sweeps up both her fellow students and her beloved teacher, Fraulein von Bernburg. Like Michael, Mädchen is based on a pre-existing source, a play by out lesbian Christa Winsloe. Film director Sagan was a theater director and actor, a protégé of Reinhardt, who directed the stage version of the film.

“I would suggest that Maedchen in Uniform is not only anti-fascist, but also anti-patriarchal, in its politics,” writes Rich. After a drunken celebration of her triumph in a trousers role in Schiller’s Don Carlos, Manuela openly proclaims her love for her teacher. What ensues is a rebellion of both the girls and the previously timid von Bernberg against the patriarchal rules of the school.

“Who were they?” queries Rich. “Little has been written, and little known, about the women behind this work. Their sexuality has been as thoroughly veiled as the lesbian theme of the film itself.”

“Maedchen in Uniform emerges from such a review of Weimar's lesbian subculture not as an anomaly any longer, but as a survivor. The film assumes a new importance when seen as something other than a curiosity. Rather it is a clue, an archaeological relic pointing back to an obliterated people.”

Importantly, Rich’s essay connects a personal liberation in the film to a collective one.

Viktor und Viktoria, the #1 German box-office hit of 1933, was simultaneously made in a French version by the director, and has been the subject of frequent remakes, including Blake Edwards’ Victor/Victoria starring Julie Andrews and Robert Preston. While Edwards makes the male impersonator Toddy (Preston) gay, all the characters in the original present as straight.

Viktor und Viktoria plays as both a modern sex farce and an old-fashioned cross-dressing comedy of gender confusion reaching back at least to Shakespeare. It’s a musical souffle, a light-hearted operetta inspired by the likes of Ernst Lubitsch and Billy Wilder.

Renate Muller (Suzanne) in the Julie Andrews role, was a star fixture in Weimar cabaret, compared to the incomparable Dietrich. Hermann Thimig (the Preston role) was a fixture as a beloved character actor in Berlin theater circles.

The film may have taken part of its inspiration from Berlin’s club Eldorado. “The chief Berlin attractions were the transvestite venues. By far the most famous was the Eldorado, a nightclub whose festive atmosphere attracted not only homosexuals but also artists, authors, celebrities, and tourists wanting to admire a piece of ‘decadent’ Berlin or catch a glimpse of someone famous.” (Queer Identities and Politics in Germany: A History, 1880-1945, Clayton J. Whisnant)

The idea of gender fluidity was not unheard of in Weimar Berlin. As Richard Dyer writes in a New Yorker review of Robert Beachy’s Gay Berlin,

“To Hirschfeld, gender was an unstable, fluctuating entity; the male and the female were “abstractions, invented extremes.” He once calculated that there were 43,046,721 possible combinations of sexual characteristics, then indicated that the number was probably too small. He remains ahead of his time.”

This small sample of Weimar cinema problematizes our notions of queer history and point to possibilities that were lost amidst a fascist takeover. Perhaps most important is a realization that all three films assumed a market, a queer public hungry for stories of themselves.