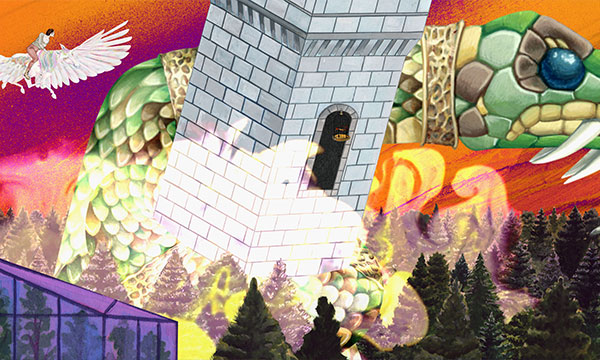 When she was young, Laura Grey (Lake Bell) was visited at night by a friendly creature known as a Baku, which helped her with the nightmares keeping her awake. Laura spent her life trying to locate the creature again, and along the way became familiar with many different mythological creatures. Seeing how they were mistreated by humans, Laura rescues as many of the beasts as she can to bring to a sanctuary called the Cryptozoo.

Before opening her attraction to the public, Laura sets out on one last rescue mission, this time a personal one: to save her friend the Baku. On her journey, however, she begins to wonder if her well-intentioned project is truly the right thing to do or if the cryptids should remain the stuff of legend and not articles on display.

Cryptozoo is director Dash Shaw’s sophomore film, and it contributes strongly to the powerful name he is making for himself in animation. His unique, psychedelic animation style immerses viewers in a fantastical yet violent world of magical creatures in “an overwhelming combination loaded with giddy, infectious creativity at every turn.” (IndieWire)