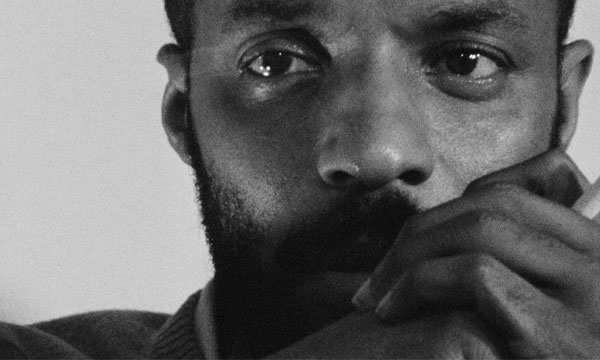 A furious howl of resistance against racist oppression, Mauritanian director Med Hondo’s debut is a bitterly funny, stylistically explosive attack on Western capitalism and its legacy of colonialism. Laced with deadly irony and righteous anger, Soleil Ô follows a starry-eyed immigrant as he leaves West Africa for Paris in search of a job and cultural enrichment, but soon discovers a hostile society in which his very presence elicits fear and resentment.

“When I wrote my script I did not have an audience in mind. I was living in France and experiencing what being a minority felt like. I had to yell and free myself. Writing the script of Soleil Ô was an authentic act of rage and liberation.” (Med Hondo)

“Soleil Ô resembles a manifesto, scrappily shot across four years and suffused with a political indignation that, despite the film’s historical specificity, still feels urgent today. And, thankfully, the beautiful digital restoration neither excessively sands down the film’s low-budget edges nor otherwise slickens a work that sticks in the craw just as intended.” (Film Comment)

In French and Arabic.

For more information about the film: www.janusfilms.com/films/1978