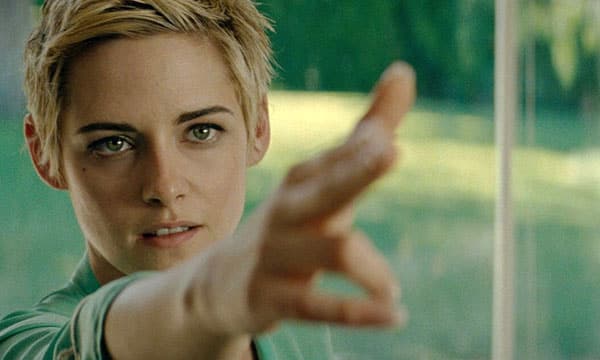 Jean Seberg was just 21 when she starred in Jean-Luc Godard’s Breathless, the film that launched the French New Wave, and vindicated Seberg after being savaged by critics for her performance in Otto Preminger’s Saint Joan just two years earlier.

Benedict Andrews’ film picks up Seberg’s story in 1968 when she arrives in LA to shoot a new film and becomes involved with activist Hakim Jamal (Anthony Mackie) and the Black Power movement. The affair, coupled with Seberg’s financial contributions to civil-rights causes, and her practice of flashing the Black Power salute in public, draws the attention of the FBI, headed by J. Edgar Hoover, who assigns agent Jack Solomon (Jack O’Connell) to Seberg’s surveillance. The work of the FBI destroys Seberg’s privacy and career, and amounts to a public shaming that ultimately leads to her death at the age of 40.

Kristen Stewart “gives a fully-inhabited, body-and-soul performance as a Hollywood casualty pushed beyond the limit... portraying Seberg not as a fragile flower, but a tough, thoughtful, vital woman who was brought down by an FBI... determined to destroy her for her political beliefs.” (Rolling Stone)

“The luminous Kristen Stewart keeps you glued throughout, giving a coolly compelling performance that becomes steadily more poignant as the subject unravels.” (The Hollywood Reporter)