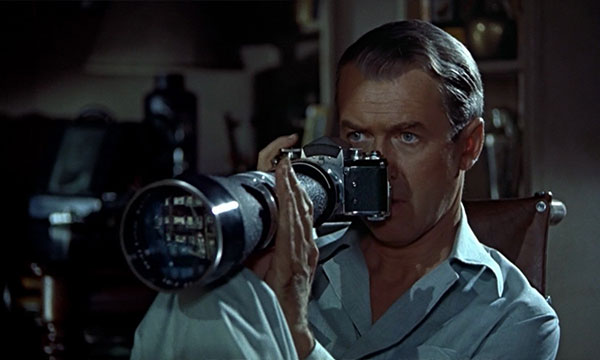 Hitchcock considered Rear Window his most “cinematic movie,” and the story of an invalid photographer who uses his telephoto lens to spy on the (perhaps criminal) activities of his neighbors does offer a ripe metaphor for the voyeurism of filmmaking.

But Rear Window, based on a story by Cornell Woolrich, is also one of the great nail-biters in the history of suspense. Restored to its original Technicolor glory several years ago, the resulting color is a perfect match for the film’s stylized and cynical look at the secret life of urban America.

No restoration was necessary for the performances of Stewart and Kelly, who played mutually frustrated modern lovers working out their problems through the domestic drama across the alley. Was a woman murdered in that house? Will Kelly and Stewart quit their squabbling and get hitched? Even if you know the answers, Rear Window is always worth another look.