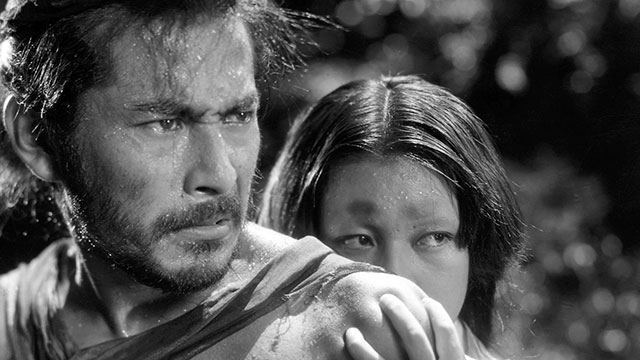 This is the film which, more than any other, opened up the West to Japanese cinema after it deservedly won the Grand Prize at the Venice Film Festival. The story of a rape/murder in ninth-century Kyoto is told from four points of view: the rapist, the woman, her murdered husband speaking from beyond the grave, and a woodcutter who witnessed the crime. With the exquisite cinematography and emotional revelations which came to characterize Kurosawa’s work, Rashomon asks, “How can we ever know the truth?” The enigmatic film was based on stories by Ryunosuke Akutagawa but achieves a perfection on film that is entirely its own.