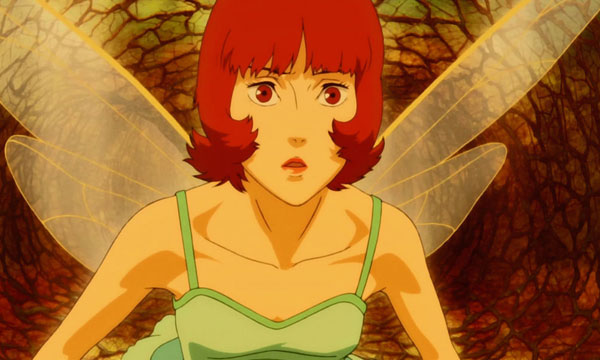 The heroine of this masterly Japanese anime is a beautiful research scientist by day, Dr. Chiba, and an eighteen-year-old kick-ass dream warrior by night, Paprika.

She “works at a company that has developed a machine—the DC-MINI—that also enters dreams. Human beings, it seems, will go mad if they don’t dream, but Paprika is about people whose dreams have been maddened: one of the DC-MINI prototypes has been copied by an evil genius who wants to possess everyone’s inner life and is mucking around with the sleep of Chiba’s colleagues. As Paprika and Chiba enter the dreams—which are fleshed out with familiar images that become increasingly threatening—they undergo wild adventures: terrifying, violent, and sometimes sexual.” (David Denby, The New Yorker)