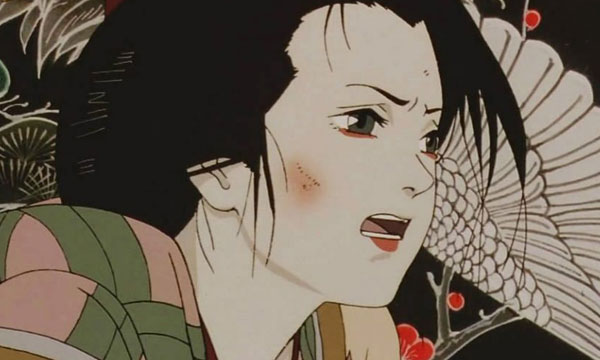 Chiyoko recounts her long career as a starlet, from the mysterious man who inspired her to become famous to her lifelong search to reconnect with him. Her story is interspersed with vivid flashbacks to her films, which the two documentarians find themselves (somewhat literally) transported into.

The Millennium Actress is a stark look at not only the history of Japanese film and culture, but also how these aspects of life were impacted and influenced by the Sino-Japanese War in the Asian theater of World War II.

Flixist.com calls the film “a must-see anime feature,… with an ending that will make you feel more than think.”

Shown in a new digital restoration.