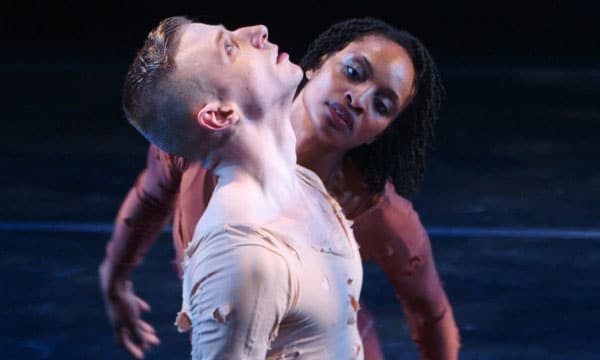 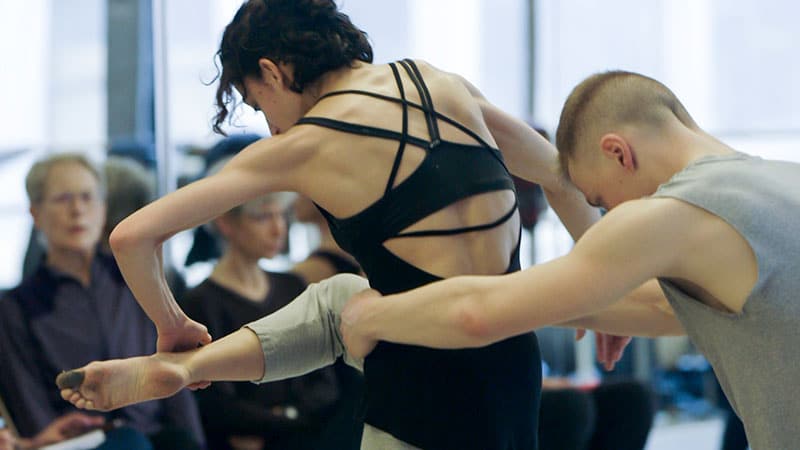 “If the dancer dances, everything is there!” (Merce Cunningham)

Cunningham upended modern dance aesthetics working in collaboration with other giants of the American avant-garde such as John Cage (his life partner), Robert Rauschenberg, and others. “According to the new documentary If the Dancer Dances, even a medium like video—which is two-dimensional—could never capture dance movements as specific as Merce Cunningham’s. ‘History and preservation has to happen skin to skin, breath to breath, body to body,’ the choreographer Stephen Petronio says toward the end of the film, a gratifyingly hands-on backstage chronicle of his company’s efforts to revive Cunningham’s ‘RainForest’ in 2015.” (NY Times)

With a mylar balloon forest by Andy Warhol, costumes by painter Jasper Johns and music by David Tudor, ‘RainForest’ is “a work of graceful, halting lurching, leaps, embraces, blooming and stalking, and was inspired by Cunningham’s recollection of a rainforest near where he grew up in Washington state.… New York choreographer Stephen Petronio unleashes his company on one of Cunningham’s classics. But he doesn’t trust himself to stage it. ‘The beauty…and amazing thing about dance is that it gets passed from one body, one soul, to another,’ Petronio explains. ‘It comes out of the body, it goes into the air. And then it disappears…How do we keep their work alive?’” so he brings in veteran Cunningham dancers to teach his company. “Cunningham veteran Gus Solomons Jr analyzes the essence of Cunningham’s art, ‘Shapes at different speeds, very fast, or very slow,’ he says. ‘Stripped down abstraction’ that can ‘approach physical impossibility. And that’s what’s exciting.’” (Movie Nation)