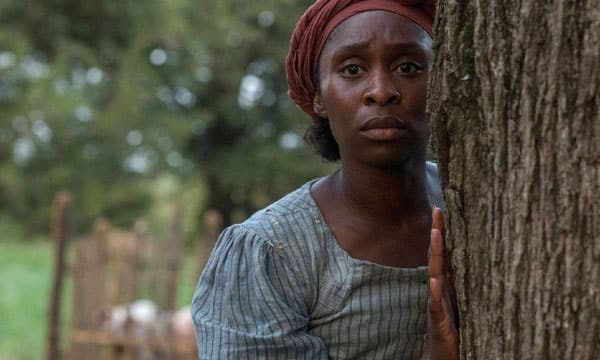 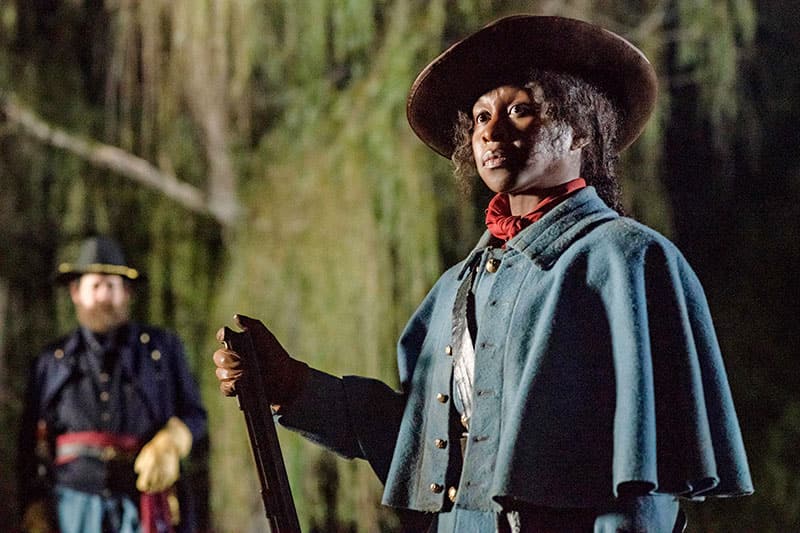 Cynthia Erivo stars as the great African-American freedom fighter and escaped slave “General” Harriet Tubman whose daring forays into the South freed hundreds more slaves. “Compact and focused, Erivo plays Tubman with a combination of athleticism and somberness that gives the lie to the ‘sweet little old lady’ persona some might associate with the heroine of schoolbooks and postage stamps. Here, she’s a woman of action, an agent of change who, when she’s not in prayerful communication with God, is getting to work interceding on God’s behalf.” (Washington Post)

“Lemmons, who directed 1997’s underseen (and underrated) Eve’s Bayou, infuses Tubman’s story with an imaginative southern gothic flair. Wide vistas celebrate the south’s pastoral landscapes; golden sunsets, a blanket of stars and the river that flows north to Philadelphia are depicted as holy guidance. ‘The hole in my head just makes God’s voice more clear,’ Tubman says of a head trauma suffered as a child.… Though the film is about the atrocity of slavery, Lemmons and co-writer Gregory Allen Howard (Remember the Titans) focus on liberation and solidarity, rather than amplifying pain, trauma and humiliation. So often, historical films are stale and mired in misery, but Harriet has a rare buoyancy.” (The Guardian)

Erivo has been nominated for the Academy Award for Best Actress.