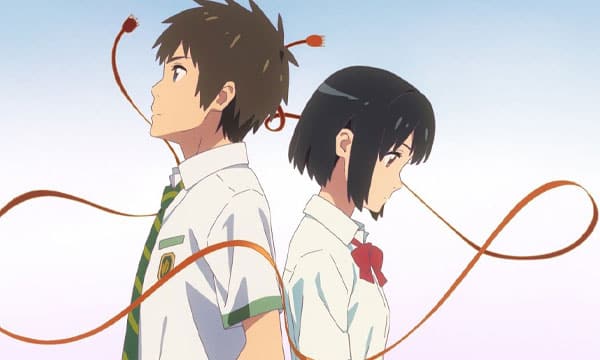 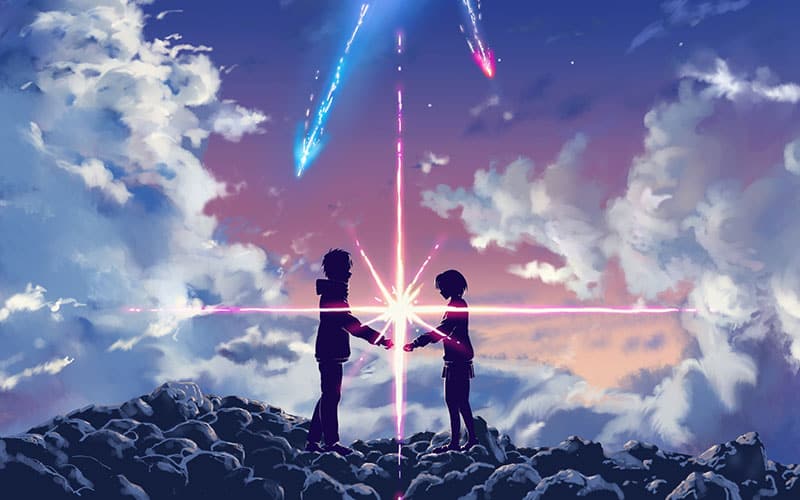 The morning after a meteor shower, two high school students wake up and discover they have switched bodies. Mitsuha, the mayor’s daughter, lives in a small town in rural Japan, and Taki is a boy living in Tokyo. The two continue to swap bodies intermittently, and they soon figure out how to communicate and help one another. Now deeply connected, Mitsuha and Taki try to meet, but there seems to be a distance greater than that between country and city between them.

Heavily influenced by Hiyao Miyazaki, this beautiful drama about fate, time, and love cements Makoto Shinkai’s place as an anime auteur. “By turns energetic and serene, impetuous and wise, its wild shifts from comedy to tragedy to romance revealing themselves not as tonal swings so much as variations in a larger cosmic pattern.” (LA Times)

Your Name unseated Spirited Away as the highest-grossing anime film of all time and was awarded best animated film by the Los Angeles Film Critics Association.