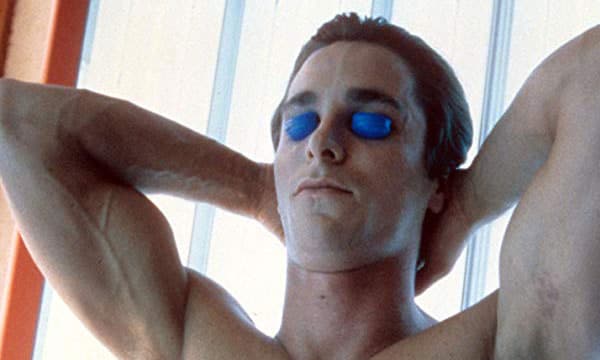 The most gruesome scenes from Bret Easton Ellis’ infamous novel about a yuppie serial killer in 80’s New York have been edited out of this film adaptation, but that only makes it more disturbing and more thrilling. The film’s sharp satire and obscene flashes of murderous violence are so perfectly balanced you may leave the theatre wondering which was scarier: the chainsaw scene or the Huey Lewis on the soundtrack.

Screenwriter Guinevere Turner, who has collaborated with director Mary Harron on two other films, The Notorious Betty Page and Charlie Says (screening on March 9), will be present for a post-screening Q & A facilitated by film professor Jeff Palmer (PMA). Turner is a writer, director and actor who has been working in film and TV since her 1994 debut film Go Fish, which she wrote, produced and starred in. She was a writer and story editor on Showtime’s The L Word, and she played a recurring character on that show. She has written and directed seven short films, two of which premiered at the Sundance Film Festival. Her acting roles include parts in The Watermelon Woman, Chasing Amy, American Psycho and Treasure Island. Turner has also taught screenwriting at Sarah Lawrence College, Columbia University and UCLA.

In addition to tonight, screenwriter Guinevere Turner will also speak on Monday, March 9 following a screening of Charlie Says.

Turner’s visit is cosponsored with the Dept of History, FGSS, and LGBT Studies.