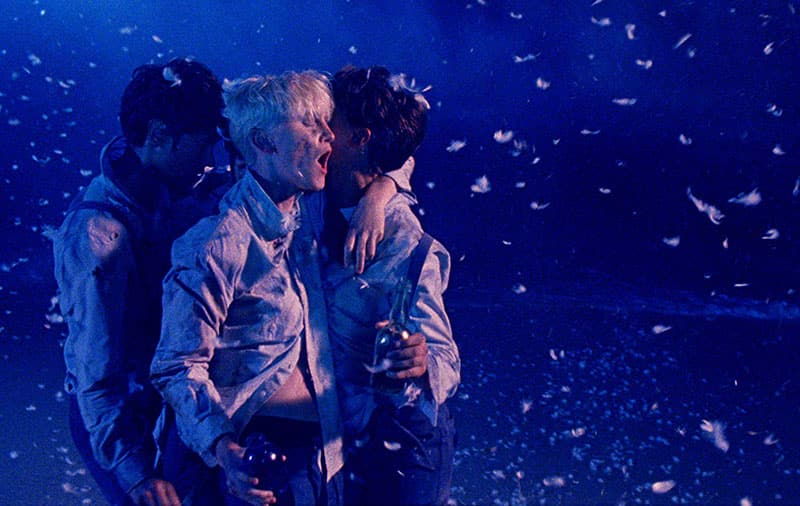 “[A] gender-bending, influence-scrambling adventure tale about five teenage miscreants sent on a boat journey with a mysterious Dutch captain who has promised to bring them back to their parents as obedient boys—or not at all.… Bertrand Mandico cast five of France’s most talented young actresses to play the boys and immersed them in a seamless blend of luxuriant island locations and unabashedly artificial sets, creating a manifesto for narrative and aesthetic freedom in which a slew of influences (Joseph Von Sternberg, R.L. Stevenson, Jean Genet, Raúl Ruiz, Kenneth Anger) add up to a film unlike anything we’ve seen before.” (Tournees Film Festival)

“Cinematographer Pascale Granel… oscillates seamlessly between textured black-and-white photography and dreamlike colour sequences to give the film its rich mysteriousness and poetic beauty. The result is a kind of cinematic delirium; an aesthetic hallucinogen that emphasizes the bizarreness of this tale even further, whilst also creating a psychedelic atmosphere that succeeds in leaving the audience feeling buoyant, rather than lost in a sea of cinematic footnotes.” (Cine Vue)