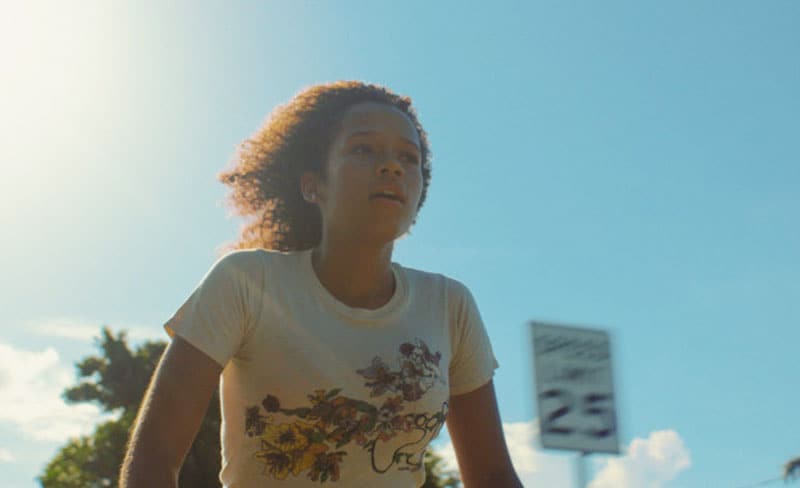 A suburban African-American family in Southern Florida face unspeakable loss and its healing in this remarkable portrait of two adolescents on different tracks. “Waves bends and surprises, radiates and engulfs, in a dizzying and ecstatic attempt to capture the love and pain and pressure visited upon a contemporary American family—an African American family, to be precise.…Propelled by color, energy, electronic music and a quartet of career-making performances, here is that rare sort of cinematic achievement that innovates at every turn, while teaching audiences how to make intuitive sense of the way it pushes the medium.” (Variety)

“Waves is as exhilarating and terrifying as the roller-coaster ride of adolescence itself, plunging viewers into a world brimming with music and color and movement and hair-trigger reflexes that feels exterior and interior at the same time.… Shults makes a fascinating pivot midway through the film that lifts and expands it into something bigger, wider, deeper and more satisfying.…overwhelming in its elemental force and rarely still, [i]t’s part of a grand tradition of filmmaking in which families are the fulcrums of American tragedies and parables of resilience and hope. Shults has found a vernacular—in his characters, setting and style—to tell a classic story that feels of the moment, but also like a throwback to the great melodramas of the 1950s. The centrifugal forces may have changed over the past half-century, but as Waves demonstrates so nervily, they still have the power either to force a family closer together or blow it apart." (Washington Post)