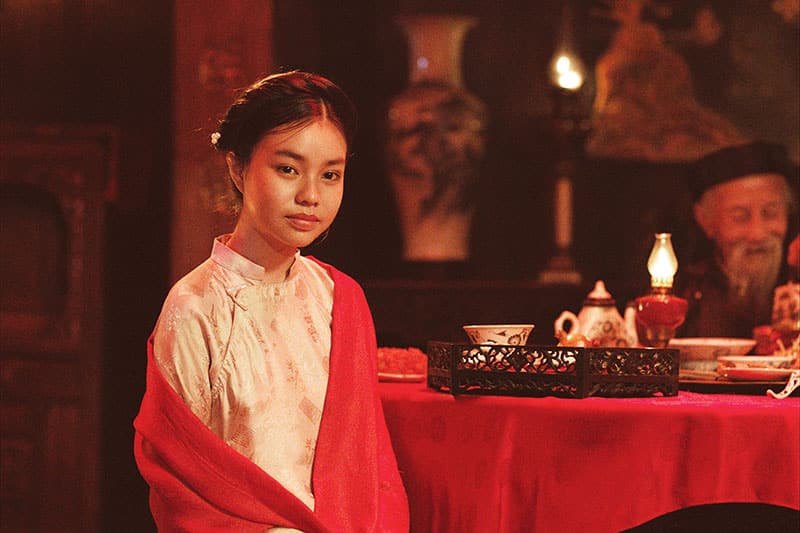 Teenage bride May learns she has little status as the third wife of the wealthy landowner Hung, unless she manages to give birth to a second male heir. “Gently dipping us into the long ago and far away past, Ash Mayfair’s directorial debut brings an intimate immediacy to the re-creation of rural Vietnam in the late 19th century. Though it’s almost painterly, in the pellucid watercolor palette of DP Chananun Chotrungroj’s glistening bamboo-green, aloe-scented imagery, and authentic to its period setting down to the quietest silken detail, by focusing with unwavering empathy on the interior life of teenage bride May (Nguyen Phuong Tra My), the remarkable The Third Wife feels newborn and ineffably modern. Winner of prizes at both the San Sebastian and Toronto festivals, this is the rare debut that derives its freshness not from inexperience but from a balance between compassion and restraint that most filmmakers take decades to achieve.” (Variety)

Mayfair “trims nearly every piece of fat and gristle from the plot. Dialogue is terse. The only excess is the film’s cinematography…, which paints the countryside in lush, naturalistic strokes, revealing the filmmaker’s tender affection for the land. While some viewers may crave more context, Mayfair takes the viewer’s hand, showing us what’s next with a confidence and assurance that is sometimes hard to find, even in veteran filmmakers.” (Washington Post)