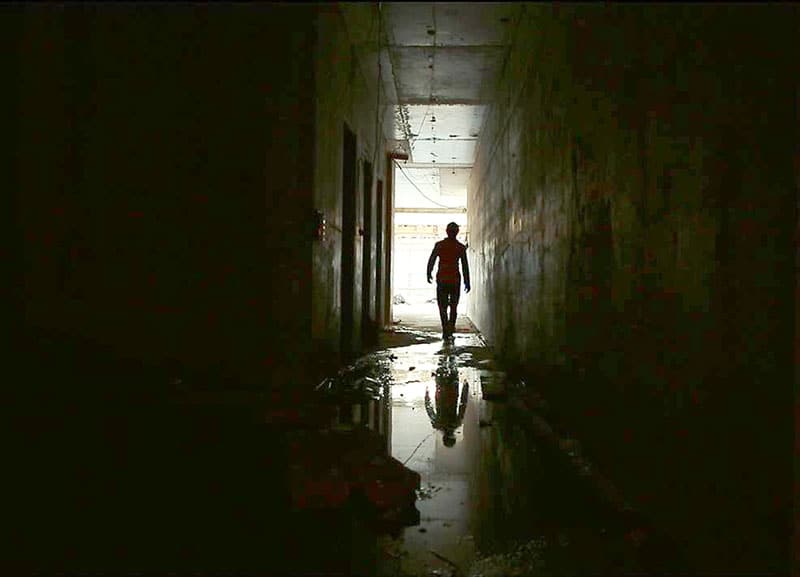 “In this poetic, observational film, director Ziad Kalthoum takes us into the lives of Syrian construction workers rebuilding post-war Beirut. Their world revolves around arduous work at great heights, and by the continual, nerve-shattering cacophony of hammering, drilling and sawing. The slow-paced camera captures details of the buildings in the Lebanese capital, transforming them into modern art objects. We see the view from the skyscrapers over the city, the sea and the gray-white apartment blocks. Are the Syrian construction workers seeing it the same way, or are the memories of the violence of war burned too deeply into their retinas? We can't escape these men’s traumatic experiences—archive footage shows a building collapsing after a bombardment, and people disappearing under the rubble. The Syrians understand the power of stone and cement. The curfew imposed on the laborers compels them to spend their aimless evenings in dismal barracks. The visual style and sparse voice-over combine to powerful effect in this film about the consequences of war.” (IDFA)

In Arabic with English subtitles.

TASTE OF CEMENT_Trailer_INT_OV_UT_EN from BASIS BERLIN on Vimeo.