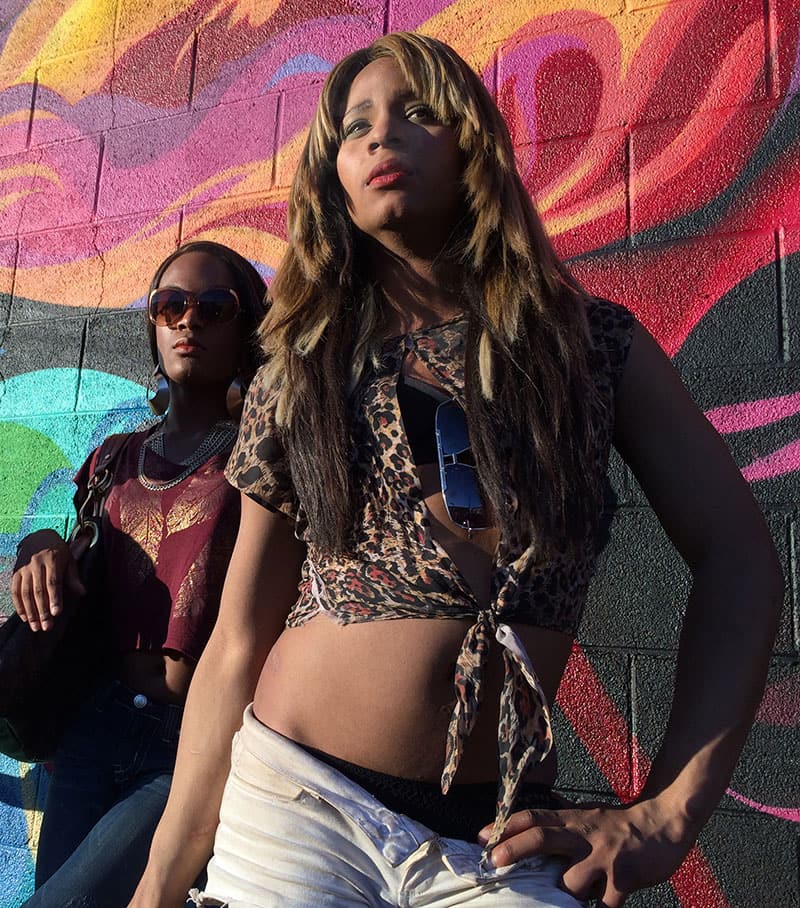 Donut Time on Christmas Eve: the gritty streets of L.A. are bathed orange in a late winter sun, when transgender sex-worker Alexandra (Taylor) hands her trans friend Sin-Dee (Rodriguez), newly sprung from jail, a doughnut plus the news that Sin-Dee’s pimp is cheating on her with a “white fish.” Sin-Dee roars off to find the girl and confront her boyfriend. Alexandra trails, passing out pamphlets to her singing gig later that evening. Meanwhile an Armenian cab driver comes into the picture. By the end of the evening everyone will end up back at Donut Time.

Newcomers Rodriguez and Taylor are both transgender women familiar with these L.A. streets. Director Baker and cinematographer Radium Cheung shot Tangerine on iPhone 5s fitted with prototype anamorphic lenses, further refining the look of the picture in postproduction.

“[W]riter-director Sean Baker’s sun-scorched, street-level snapshot is a work of rueful, matter-of-fact insight and unapologetically wild humor that draws a motley collection of funny, sad and desperate individuals into its protagonists’ orbit.” (Variety)

“…the most astonishing thing about this perfectly cast, beautifully directed movie is the tenderness with which [Baker] foregrounds marginalized characters who in other films are often used to add a little ‘color’ to other people’s lives.” (Manohla Dargis, NY Times)