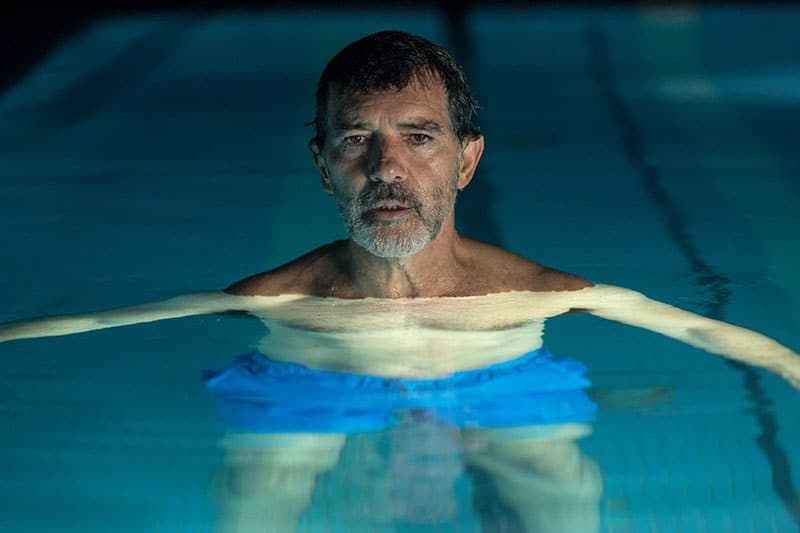 "One of Almodóvar’s talents is his transformational, near-alchemical use of blunt ideas, how he marshals crude gestures, gaudy flourishes and melodramatic entanglements. The emotions still sting here, and the colors glow like traffic lights—there are eye-popping bursts of stop-sign red and go-go green—and the movie is as visually striking as any Almodóvar has made. But the narrative is elegantly structured rather than clotted, and its tone is contemplative as opposed to frantic, as if he had turned down the volume. A great deal happens in Pain and Glory, just not ritualistically and not at top volume. Its agonies are tempered, its regrets hushed, its restraint powerful. …Banderas’s melancholic presence and subtle, intricate performance add depth and intensities of feeling." (Manohla Dargis, NY Times)

Nominated for Academy Awards for Best International Feature and for Actor in a Leading Role (Banderas).