with filmmaker Zia Anger in person 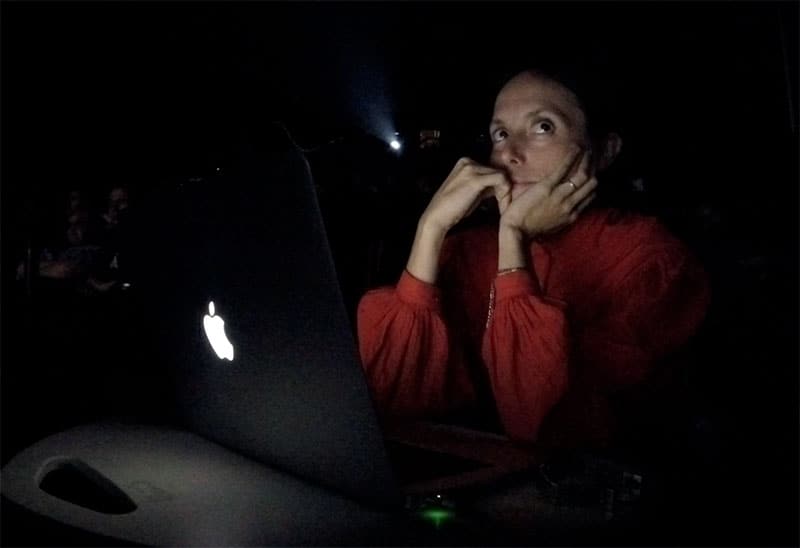 A multimedia performance in which filmmaker Zia Anger interacts with media on screen and the audience using real-time text, spontaneous Google searches, audience directives and AirDrops. Through the performance, Anger probes and dissects her “abandoned” works to re-imagine the relationship between the audience, the filmmaker, the movie theater and cinema, and erases the line between a filmmaker’s corporeal body and their body of work. A vital, singular, innovative work that explores what it means to be a woman and an artist, the project showcases Anger’s sensibilities and pushes the boundaries of cinematic experience. “A cathartic collective experiment in what it might mean to challenge failure, recalibrate it, and reclaim it anew.” (Sight and Sound)

Cosponsored with the Cornell Council for the Arts, the Media Studies Program and School of Communications at Ithaca College.

“I have attended dozens, maybe hundreds, of talks about the lack of women feature film directors—an issue I care deeply about. But after a while, they all sound the same. Zia Anger has figured out a new way to discuss these issues, in an incredibly moving, personal, and creative way.” (Miriam Bale, Artistic Director at Indie Memphis)

Zia Anger's MY FIRST FILM • Trailer from MEMORY on Vimeo.