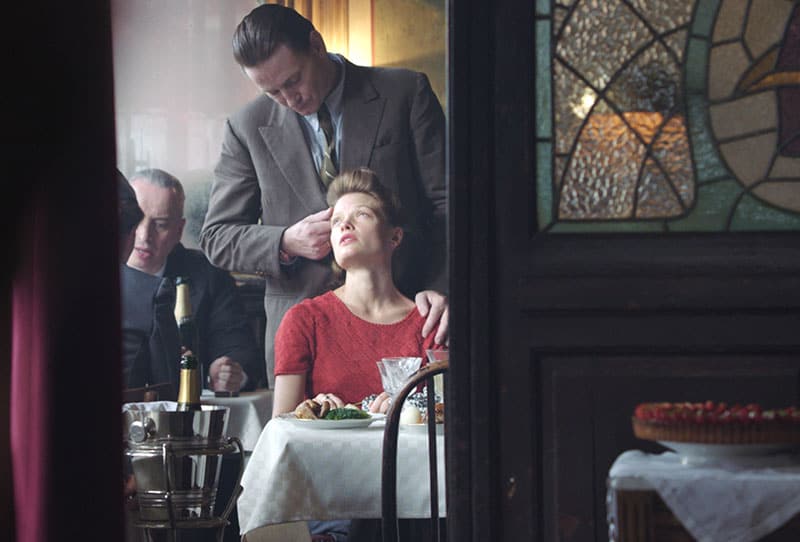 “In 1985, the preeminent French writer Marguerite Duras made headlines by publishing La douleur, an autobiographical work about her life under the Nazi Occupation and during the Liberation of Paris, notably focused on the frenzied months she spent waiting for news of her husband Robert Antelme’s return from a concentration camp in Germany.… Duras… is brought to life in a magnetically raw performance by Mélanie Thierry, one of the French cinema’s most honest, powerful performers. [Director] Finkiel designs his mise-en-scène around her presence, privileging her perspective and sensations through a masterful use of focus (and lack of it). Far from just another movie about the Occupation and its legacy, Memoir of War is a rare opportunity to see and feel through the eyes not only of a genius but a woman who was immersed in the historical tumult of her time.” (Tournees Film Festival)

“At its heart Memoir of War is about—to quote the architect from Resnais’ film—‘the horror of forgetting,’ whether it be the memory of a loved one or the faceless multitudes who fell victim to genocide. Duras insists that we remember.” (rogerebert.com)