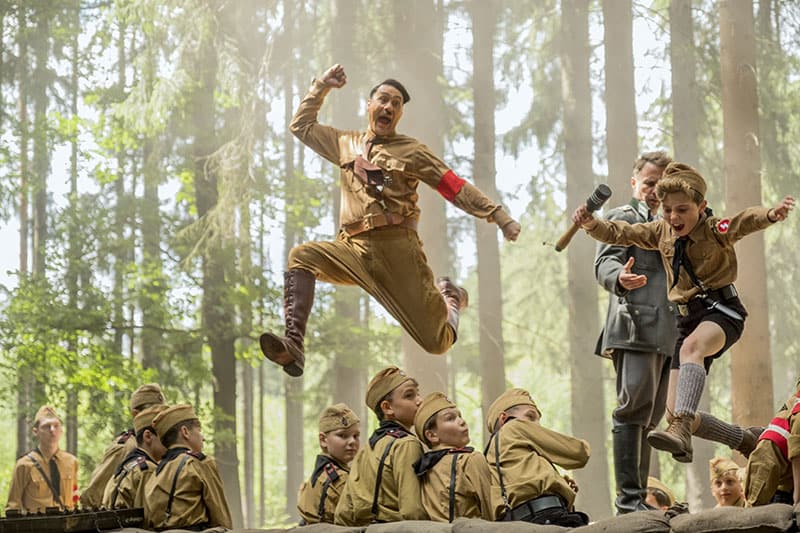 A lonely German boy's world view is turned upside down in the waning years of World War II when he discovers his single mother is hiding a young Jewish girl in their attic. Aided only by his idiotic imaginary friend, Adolf Hitler (a superlative Taika Waititi in a tricky role), Jojo must confront his blind adherence to Nazi dogma. Yes, this is a comedy wherein a young boy wrestles with whether or not to turn his mother into the Gestapo. And yes, it is funny. “Waititi’s witty script and colorful supporting role as Adolf Hitler are the obvious comedic highlights of Jojo Rabbit. But the film only works because it manages to nail its balance of tones.” (Consequence of Sound)

Winner of the Academy Award for Best Adapted Screenplay.