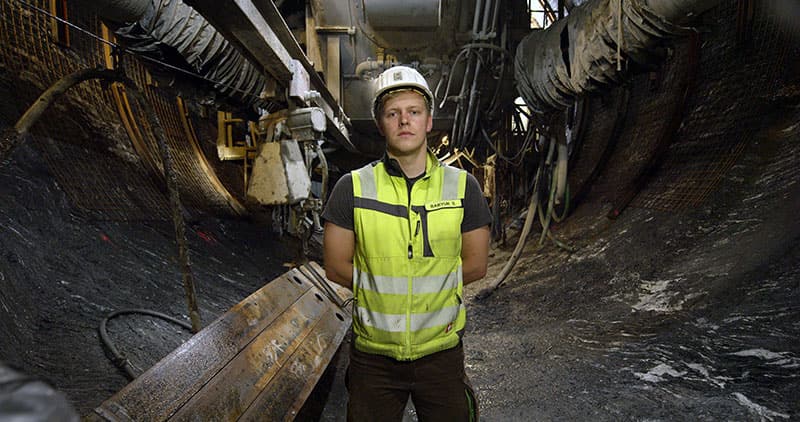 Earth was filmed at seven locations that humans have transformed on a grand scale: Entire mountains being moved in California, a tunnel being sliced through rock at the Brenner Pass, an open-cast mine in Hungary, a marble quarry in Italy, a copper mine in Spain, the salt mine used to store radioactive waste in Wolfenbüttel and a tar sands landscape in Canada. Initially shown from above as abstract paintings, these terrains are subsequently explored on the ground: The film weaves together observational footage of machines in operation with conversations with the workers. Alongside statements on work processes, environmental damage and technological change, Earth makes this constructed world visible in unique fashion by subtly paring it down: the piles of grey matter, hills and mountains. The blackness and the cracks. The sandy landscapes, criss-crossed by an array of mechanical devices that scuttle about like caterpillars or worms. The dimensions are gigantic, the proportions out of control; the world has slipped from humanity’s grasp. “There is always a bigger machine, a bigger engine and when all fails there is dynamite. We always win,” boasts a quarry worker. Or do we?

"In a remarkable way, the sheer scale and ambition of this project is matched by its humility towards its subject and subjects. We were moved by the film’s palpable trust in its audience while simultaneously denouncing all of our hand in the scarred (mother) earth we leave behind to future people." (Sheffield Doc/Fest International Award) From the maker of Our Daily Bread, about industrial food production. In German, English, Spanish, Hungarian and Italian.