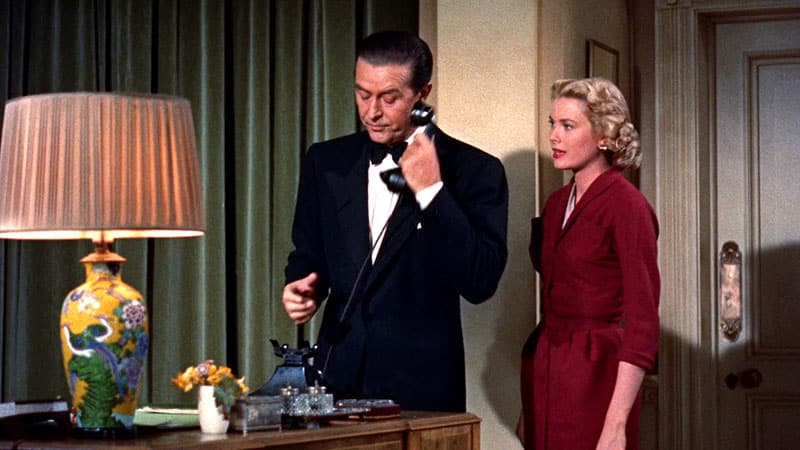 Dial M For Murder has always been one of Hitchcock’s most careful and vivid character explorations centering around a twisted murder plot, but he couples that with astonishing use of 3-D, in which it was originally filmed but not released, to prove that the process had more potential as an artistic medium than the shock value many ascribed to it.

“What up to now has seemed a relatively conventional exercise in crime and detection is magically recreated into a metaphysical speculation on the vast gulf between people even when they seem to be interacting, and on the strange ways in which objects come to possess people’s minds and shape their lives . . . Not even Vertigo in 2-D is as vertiginous as Dial M in 3-D, nor is Psycho as psychotic, nor North by Northwest, as neurotic.” (Andrew Sarris, Village Voice)