CANCELLED - Appearances and Disappearances: In Memory of Jonathan Schwartz 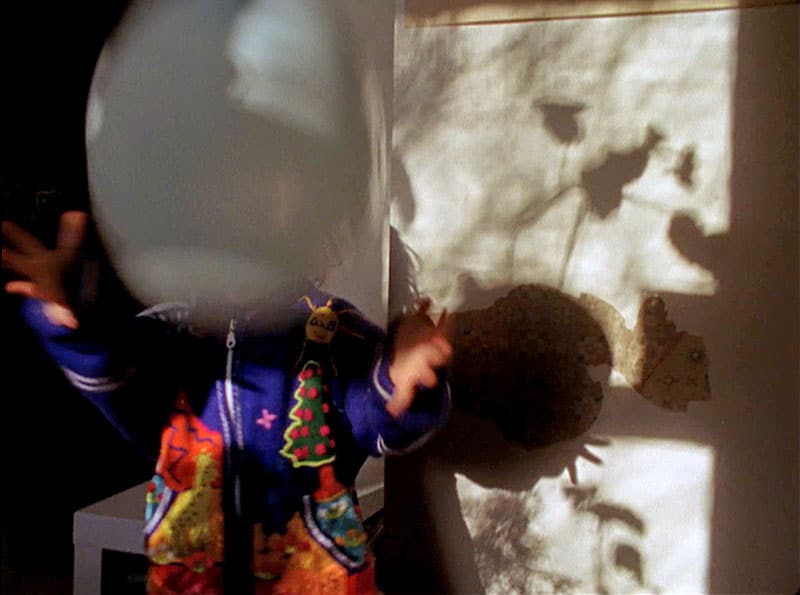 Taking as their subjects childhood, the transience of seasons, and our shared mortality, the 16mm films of Jonathan Schwartz (1973-2018) devote themselves to the ephemerality of external worlds and a gestural responsiveness to internal states. This program of seven poetic films made over 15 years—combining cutout collage, lyrical camerawork, and elliptical editing—merge wonder and disquiet, elation and sorrow, moving from intimacies of fatherhood and love to contemplations of nature and culture.

Curated by Irina Leimbacher. Cosponsored with the Cornell Council for the Arts.

For Them Ending (2005, 16mm, 3 minutes )
swallowed up in the sky, the sound sustained by echo, always fading.the nature of a season, moving forward with growth or death or growth. or I was wondering how to make New England fall colors linger so if you couldn't visit soon the yellow oranges and reds would still be waiting for you

Animals Moving to the Sound of Drums (2013, 16mm, 8 minutes ) (second picture above)
That fall it was not intentional to have a Galway Kinnell book on the table near where the caterpillar in the doorway, feeding on our offerings, became the butterfly, feeding on honey water, staying in our house until we let it go. Or it was not known about the deer in Putney or that the baby birds in the raspberry bushes would cry to us in summer. A beloved, old friend once visited Vermont to do some work for Galway Kinn ell and she described a stone table in the field where they ate meals in the afternoon—it sounded like a song and so I looked at the book and from “Little Sleep's-Head Sprouting Hair in the Moonlight” here is that line: “The still undanced cadence of vanishing.”

If the War Continues (2012, 16mm, 5 minutes ) (first picture above)
“and before I could be noticed again and taken to task, I spoke to the tiny blessed star within me, shut off my heartbeat, made my body disappear into the shadow of a bush, and continued my previous voyage without thinking about returning home ever again.” – Hermann Hesse

Winter Beyond Winter (2016, 16mm, 11 minutes )
apologies towards the inevitable.

The Crack-Up (2017, 16mm to digital, 18 minutes)
"The ability to hold two opposed ideas in the mind at the same time, and still retain the ability to function. One should, for example, be able to see that things are hopeless and yet be determined to make them otherwise." (F. Scott Fitzgerald: The Crack-Up, 1936)

New Year Sun (2010, 16mm, 3 minutes )
“...in which Schwartz approaches light traveling through water in all its forms. His macro lens strives to get closer to the essence, to the transparency of things, and yet, the tenebrous and doomed cry of a church's bell, and the ascending, unstoppable pitch that accompany the images end up close to the sound of a derailed train—and the unfocused, unclear vision that comes with it.” (Monica Saviron)