The Olive Trees of Justice (on demand Jan 26–Feb 6) 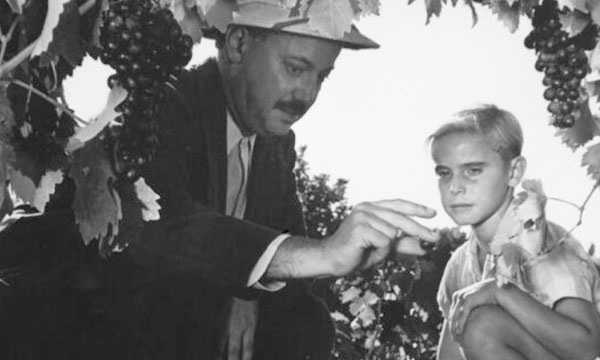 Influential American documentarian James Blue’s only narrative feature, drawn from Jean Pelegri’s autobiographical novel, was shot in Algiers during the Algerian War. (Blue pretended to be filming a doc about the wine industry to get around the authorities.) The story unfolds as Jean returns home to visit his dying father and recalls his childhood.

“His memories of boyhood on his father's farm are told in flashbacks with a lush serenity that contrasts to the teeming, tank-filled streets of contemporary Algiers.” Blue gives “the film a neorealist tone by shooting in a documentary style and enrolling a cast that consisted largely of non-professional actors…” (KinoLorber)

“Recoiling from the approaching death of his father, the reduced economic circumstances of his family, and the chaos of civil war, Jean, the son of a French colonialist, retreats to memories of the years he spent growing up on the family farm on the Mitidja plain outside Algiers. One childhood friend, Said, is now a revolutionary. Another childhood friend, Boralfa, is his mother’s kitchen servant. At his father’s funeral, Jean argues with Boralfa over the future of Algeria, but refuses to relinquish his childhood bonds, or his identity as an Algerian.” (Anne Richards, jamesbluetribute.com)

The film was the inaugural winner of the Critics Prize at Cannes (1962).

Restored in 4K in 2020 by L’Atelier d’Images and Thierry Derocles in collaboration with The James and Richard Blue Foundation with the support of The Film Foundation, James Ivory and CNC—Centre national du cinéma et de l’image animée, at L’Image Retrouvée (Paris) from a fine grain print preserved at Les Archives Françaises du Film.