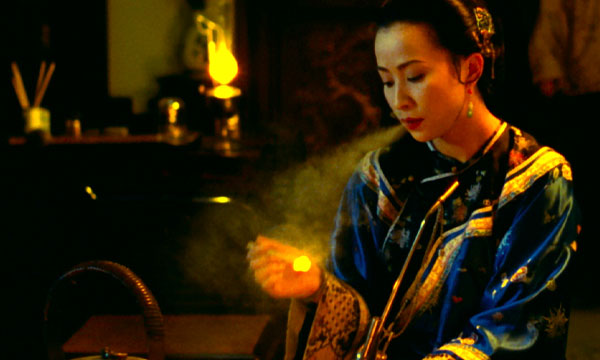 Meticulously detailed in its use of studio-set artifice and period décor, Flowers of Shanghai adapts a nineteenth-century novel set amidst the world of courtesans with characteristic formal daring.

Avoiding cuts entirely, Hou has each scene in his film play out as a long take, introduced and concluded with a fade. The carefully uninflected pacing gives the impression of a world where time is suspended, an effect heightened by the film’s gaslit, entirely interior settings.

Incidentally, it boasts the starriest cast of Hou’s career, from Wong Kar-Wai muse Tony Leung in the lead to Hou regular-cum-pop-idol Anne Shizuka Inoh in a small cameo.