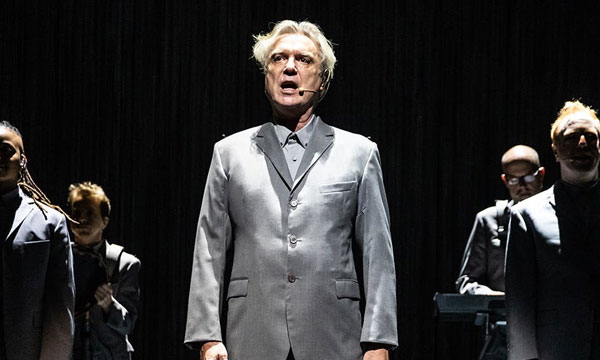 Hailed by The Hollywood Reporter as “pure bliss,” the performance seamlessly reflects on important themes ranging from immigration to racial justice through a joyful celebration of music and dance. The film is a call to action to engage as citizens in our democracy: an invitation to reimagine our own utopias.

“American Utopia is an outstanding collaboration between two essential artists; I can’t believe there’s anyone alive who won’t be moved by this document.” (Vanity Fair)

“American Utopia isn’t just a concert doc, but also a life-affirming, euphoria-producing, soul-energizing sing-along protest film that’s asking us to rise up against our own complacency.” (IndieWire)