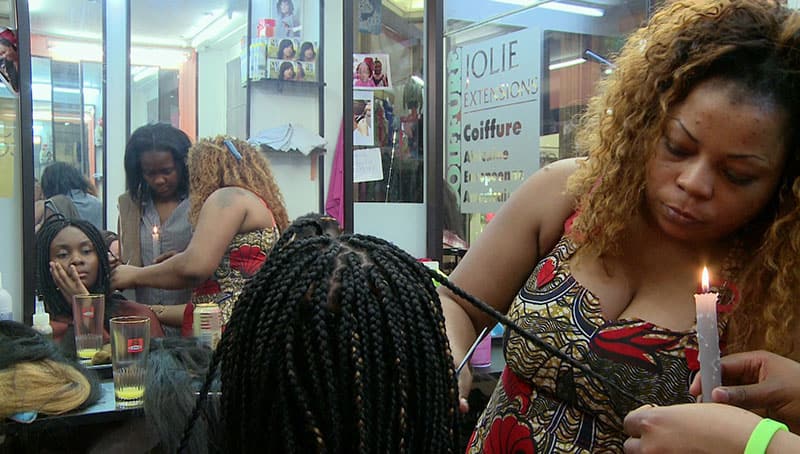 Step inside a tiny underground hair salon in the immigrant Brussels district of Matonge and meet its charismatic owner, a Cameroonian immigrant named Sabine. More than a place for women to get their hair done, Jolie Coiffure serves as a community hub for West African women—many from Cameroon, like Sabine, who runs the salon. Fueled by endless cans of soda and cups of McDonald’s coffee, she recruits for a tontine—an investment scheme paying each member a yearly annuity, organizes accommodation for a pregnant woman who lacks immigration papers, and, in quieter, more introspective moments, tells her own harrowing journey to Belgium after working as a domestic under terrible conditions in Lebanon. Though she has created a home in her own space, Sabine remains an outsider in Belgium. Students and tourist groups made up only of white people walk past, pausing at the window and gawking. When word has it that the immigration police are coming through, she hurriedly turns off all the lights and quickly vanishes out the door.

Trailer At jolie coiffure from Tandor production on Vimeo.